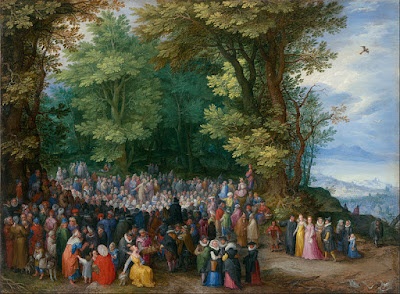 As readers of this blog may know, it is not unusual for me to have complex, detailed dreams. But sometimes I awaken with just a single image or phrase left in my conscious mind, apparently from a dream I had during the night.

One morning in mid-January of this year, when COVID-19, violence, persecution, and godlessness were raging worldwide, I awoke with the words “Coterie Ingenue” echoing in my mind. I was familiar with both words but had never heard them used together.

The dictionary defines “ingénue” as an innocent, naïve, or unsophisticated young woman, especially in a play or film. Its first recorded use in English was in William Thackeray's 1848 novel Vanity Fair, describing the ambitious heroine who disarmed her opponents by “adopting a demure ingenue air, under which she was most dangerous."

The French word “ingénue” derives from the Latin word “ingenuus,” which is the root of the English word "ingenuous," meaning "showing innocent or childlike simplicity and candidness."

This interesting juxtaposition of words, “coterie ingénue,” reminded me of how Christians, or those who are saved by faith in the death, burial and resurrection of Jesus Christ (1 Corinthians 15:1-4), should be in these End Times, amidst Christian persecution, plagues, violence, wars, and rumors of wars (Matthew 24).

Jesus told His disciples that in times of persecution, they would be as vulnerable as sheep among wolves, but that to protect themselves, they should be “wise as serpents and harmless as doves” (Matthew 10:16). Serpents are particularly crafty and swift in escaping danger, as well as cunning.

Such wisdom would enable Christians to endure or escape difficult situations, as in the apostle Paul being all things to all people so that he might win some to Christ. For example, he used the superstition of the Greeks, who among their many idols had designated a statue to “the unknown god,” to persuade them that the One True God, our Lord Jesus Christ, was the One they should worship (Acts 17).

Serpents may be wise, but they are despised by most, which could lead to their swift destruction once recognized. Jesus therefore told His followers to also be as harmless as doves, in other words, to portray themselves as inoffensive, meek, and tolerating attack, for example by turning the other cheek to an attacker, or praying for or being kind to an enemy (Luke 6:28-29; Romans 12:20). This strategy would help protect them, as even most wicked people would hesitate to harm a creature as innocent as a dove.

So Christ’s advice to His followers appears to have included some element of dissimulation, or at least of not revealing the wisdom underlying their strategy. A similar situation in the Old Testament occurred when Queen Esther showed such discretion in not revealing her Jewish heritage to the King until it was expedient to do so to save her people (Esther 4).

The word “ingénue” seems therefore to reflect this two-pronged strategy: appear blameless and innocent, without losing sight of the mission and the wisdom to accomplish it, as portrayed by Thackeray’s heroine.

But I believe Christians are also to have a genuine element of innocence, as we are not to use any unlawful or immoral strategy to protect ourselves or to gain an advantage, even when under attack. Our beliefs and actions are to be beyond reproach, or blameless, in contrast with the wicked world (Philippians 2:15).

As described in three of the Gospels; Jesus loved children and rebuked His disciples for trying to keep them away from Him. He set a small child among the apostles and told them they must become as that child if they would enter the kingdom of heaven (Matthew 18:3-4; 19:14; Mark 10:14-15; Luke 18:16-17).

We are saved by grace through a childlike faith in and dependence on our Abba Father (Ephesians 2:8-9), and in His Son Jesus Christ Whom He sent to be the perfect sacrifice to pay our sin debt in full (Romans 3:25). In the book of I John, the apostle refers to Christians as “little children,” emphasizing this aspect of our faith.

Just as each Christian is to be innocent, blameless, and without deception, trusting our Lord with childlike faith, we together are to exemplify these traits, bound together in our love for and service to Him. The word “coterie” fits this description perfectly, for we should be an intimate and often exclusive group of persons with a unifying common interest or purpose.

Scripture warns us to be holy (1 Peter 1:15-16), separate from the world and its fleshly desires, and in one accord in our devotion to Christ and to His purpose for us. Yet we are not to form a clique, have divisions among ourselves (1 Corinthians 1:10-17), stay isolated in an ivory tower, or have a superior “holier-than-thou” attitude toward the unsaved or backslidden (Galatians 6:1). Although we are not of the world, we are to be in the world (John 13:1), where we can be lights for Him, the true Light (Philippians 2:15; John 9:5).

He is our Lord and we are His servants, owing Him everything, yet He has wiped out our debt through His shed blood. We are like the Old Testament slaves set free in the year of jubilee, who choose to stay with their Master Who has been so kind to them and has met all their needs (Leviticus 25:10).

It is amazing how Christians from opposite ends of the globe can meet, in person or online, and despite vast cultural and other differences, instantly feel a bond of love, family and friendship stemming from our shared dedication to serving Christ and bringing others to Him. We are to love one another, for if we cannot love our brother whom we have seen, how can we claim to love God Whom we have never seen? (1 John 4:20)

We are to be “likeminded” toward one another in Christ, glorifying God with one mind and one mouth (Romans 15:5-6). That mindset is to be none other than the mind of Christ, Who put the needs of others ahead of His own, and humbled Himself even to the point of death on the cross for the sake of His enemies (Philippians 2:2-8; Romans 12:16).

Just like the church today and through the centuries, the early church consisted of believers from diverse backgrounds, religious upbringing, social status, and education. Yet all were “in one accord” (Acts 1:14; 2:1,46; 4:24; 5:12; 8:6; 15:25) and had all things in common, selling their possessions to meet the needs of others and of the church.

They were a “coterie” not only in ideals and beliefs (1 Corinthians 1:10; 2 Corinthians 13:11), but in actions and behaviors. They worshiped together, met in one another’s homes, broke bread together in remembrance of Christ’s work on the cross (Acts 2:44-47; 4:31-35), and supported one another financially, emotionally, and in prayer.

In these End Times, as each day brings us closer to the eagerly anticipated return of Christ, may we act together as a “coterie” in the united body of Christ, exemplifying individually and corporately the wisdom needed to fulfill God’s perfect plan for our life, and the ingenuousness, or innocence and purity, exemplified by Jesus Himself!!

Dear Laurie,
An excellent article about "coterie" and not having seen the word in print before now, nor heard it spoken, it's good to not only read the word for the first time but to understand its meaning too! It just proves that we're never too old to learn something new.
Therefore, I can say that throughout my life in the church, I have seen examples of this "coterie" within the fellowship. Perhaps better known as the clique culture.
Graduates sharing the same age band tend to stick together while at the same time, people like myself, who had never seen the inside of a university, tend to feel "left out" - despite their best efforts to include us during the church service, quite likely from their conscience rather than out of love.
This is manifest on Facebook, where posts left by graduates collect far more "likes" than someone like me would, and they tend to have a far greater number of friends on their profiles - even as many as a thousand friends, compared to my 140.
"Coterie" exists in the church, but unfortunately, their common bond is more likely using a university background than faith in Christ.
Wishing God's blessings on you and Richard.

Hi Brenda,
Thank you for your encouraging comment and confirmation. It is a blessing to know you and other regular readers of this blog who support one another as the body of Christ. May God bless you and your lovely ministry,
Laurie

Dear Frank,
So many have been hurt by "cliques" within the church, which is a shame, for ideally the church should extend love to all, just as God is no respecter of persons. But a true coterie of believers united by their love for and service to Christ could be so much more effective in winning souls, and no doubt so much more pleasing to Him.
I often felt left out in school, as I was the youngest and was considered bookish with no athletic skills, as I instead devoted my physical activity to ballet. Then I attended Princeton University, in the second year that women were admitted. I was usually the only girl in my class, which was a culture shock as I came from an all-girls school.
So I am thankful to be part of the body of Christ, where all who trust Christ are welcome, regardless of their differences.
Thanks as always for sharing your insights. God bless you and Alex,
Laurie