When putting up the outdoor Nativity last year, my husband Richard was inspired to make a wooden cross and place it behind the Baby Jesus. This made perfect sense to me, as He was born to die. The Son of God wrapped Himself in human flesh (John 1:2) to become the perfect sacrifice to pay our sin debt, to reconcile sinful man to Holy God through His death on the cross.

As we continue our study of triplets in Scripture, echoing God’s Triune nature, we find the same pattern repeated in the crucifixion of Jesus Christ, just as it was in His birth. All of Christian doctrine, and our blessed hope of eternal life and of His glorious reappearing (Titus 2:13; 1 Peter 1:3), hinges on the sacred triplet of His death, burial, and resurrection (1 Corinthians 15:3-4).

After the trial presided over by Herod, Jesus was led away to be crucified, and Simon of Cyrene was recruited to carry His cross. This was not because the Jews and Romans had any shred of mercy for Jesus, but because they did not want Him to die before He was crucified, so that He would be a public example of what would happen to traitors and blasphemers.

The crowd following Jesus cried out in anguish over their fallen Leader, but Jesus told them, weep not for me, but weep for yourselves, and for your children, and warned them that they would undergo a tribulation so severe that they would say blessed are the barren, and the wombs that never bare, and the paps which never gave suck. (Luke 23: 27-29)

Jesus was nailed to the cross at three points: one on each hand, and one at His feet. His resurrection body had three wounds from this ordeal that He invited the disciples and Thomas to examine: one on each hand, and one in His side (John 20:20). The inscription on His cross, calling Him the King of the Jews, was in three languages: Greek, and Latin, and Hebrew (Luke 23:38).

On Calvary’s hill that fateful day, there were three crosses, for the cross of Jesus was between that of two thieves (Matthew.27:38; Luke 23:33). These three represented the entire relationship of God with man: The Savior; those who accept Him; and those who reject Him (Luke 23:39-43).

Among those who rejected Him were passersby who mockingly reminded Jesus of His own words: Thou that destroyest the temple, and buildest it in three days, save thyself (Matthew 27:40). Sadly, they were unaware that His prophecy would be fulfilled as He willingly laid down the temple of His body to be destroyed, knowing that He would arise on the third day.

The crucifixion of Jesus began at the third hour (Mark 15 25) and was followed by three hours of darkness, from the sixth hour until the ninth hour. At that moment, Jesus cried out in a three-part lament: My God, my God, why hast thou forsaken me? (Mark 15:33-34).

At the cross, the dying Savior, His closest apostle John, and His mother Mary became a triplet of compassion as Jesus asked John to care for His mother as if she were his own, and John accepted this awesome responsibility (John 19:26).

As we approach Christmas and our celebration of Jesus’ birth, may we do three things to honor Him.  First, may we be among those who accept Him as their Lord and Savior. Second, may we always remember His purpose in coming to earth – that through His death, burial and resurrection, all who trust Him may have eternal life! (John 3:16) And finally, may we be faithful to preach Christ, and Him crucified (1 Corinthians 1:23).

Featured at Show Off Friday 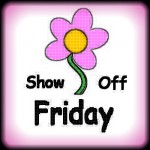 Hi Laurie,
it is an honour to do those three things. Praise our lovely Lord.

Our Neck of the Woods said...

I enjoyed your post! Thanks for sharing on Sweet Saturday (I was the co-host this week).

This bad man on the cross, who accepted Jesus as Saviour in the last minute, is good example of God's justice. Some people think that it is immoral, that this bad man became saved, and 'good people' will not in Heaven. But there is only way to Kingdom - Jesus Christ. Greetings and blessing to You from snowy Cracow :)

Thanks, Tammy, for your visit, sweet comment, & for hosting!
Have a blessed week!
Laurie

Amen, Zim! He is the only Way, Truth and Life! None of us can earn our way to Heaven -- it is only by placing our faith in His death, burial and resurrection that we can have eternal life.
God bless you,
Laurie

I like the idea of the cross w/the nativity.

Thanks, mail4rosey! May you have a blessed Christmas season!

The cross with the Nativity is a great idea. By isolating the birth from the cross, the world seeks to minimize who Christ is, making his birth just a that of a baby, not of the savior of the world.

Another wonderful post Laurie! We must always remember that Jesus is the reason for the season. Have a good week.

The Three's is an interesting study. Jesus is certainly the one who came to die so that we might live. Your husband was so thoughful to place a cross with the nativity scene. Thank you for sharing at "Tell Me a Story." Bob and Hazel

New follower from Naptime Review! Sooo glad I found you. Hope you will hop over and follow back!

Wow, how about that! Your husband's choice of decoration is so like what I just wrote about in today's and yesterday's posts, my husband's idea -- and my favorite decoration of all time.
And this post is so interesting. So profound, the repeating things that we can see if we just take the time to look deeply into the word. Thanks for being my eyes!

Thanks, Donald! Will Farrell starred in a movie about a race car driver, and they showed him saying grace and thanking "little Baby Jesus." Mary Kay Place, who played his wife, said, "Well, he did grow up, you know." Those who focus exclusively on the Baby in the manger run the risk of forgetting that He was born to die as our Savior, and that He will come again as King of Kings and Lord of Lords.
God bless,
Laurie

Thanks so much, Judy! Amen -- let's keep it about Christ. May you have a blessed week in Him.
Laurie

Thanks, Bob & Hazel, for your comment and for hosting. I'll let my hubby know he did good! :-)
God bless,
Laurie

Thanks so much for your sweet comment & for following! I'm following you back!
Blessings to you,
Laurie

Thank you, Sylvia, for your sweet words of encouragement! Praise God for husbands who follow Him and inspire us by heeding the Spirit's leading!
Love in Him,
Laurie

Laurie, Your posts are always so interesting. You have interesting insights. I've got to know, have you done studies on 5s or 7s? Or just 3s because God himself is a triplet? I'm assuming that's why you like 3s, but if it's not please enlighten me! Thank you for sharing and linking up with Simply Better.

Just stopping over from Leslie's Simply Better. I'd love it if you'd stop over on Wednesdays at WholeHearted Home. I enjoy reading down through the posts that ladies share.

I think he cross is the perfect place to start as we enter Advent. Good thoughts, Laurie.

I am visiting from the Sheltering Tree. Your post is before mine. I love this presentation of Jesus. We would not be celebrating Christmas if there had been no Easter. So it is only fitting to point to the cross now. Read about cheerful giving:
http://www.thelostapron.com/2012/12/god-loves-a-cheerful-giver.html

Thanks so much, Leslie! Each number in the Bible has significance and is worthy of separate study -- 7 representing perfection or completion, and 8 new beginnings, for example. But you're right -- I decided to start my study with the number 3 because it represents the Trinity.
May you have a blessed week in Him!
Laurie

Thanks so much, Judith, for your comment & for following! I just linked up at WholeHearted Home.
God bless you!
Laurie

Amen, Laura -- as we kneel at the cross, it is the beginning of eternal life. Thanks for your comment & for hosting, & God bless!
Laurie

Amen, Ana -- the birth of Jesus is remarkable because He was born to die as the perfect sacrifice for our sins, reconciling sinful man to Holy God. Thanks for your sweet comment and for inviting me to your blog, & God bless!
Laurie

Every time I study the crucifixion I am overtaken with emotion. Great study!

Have a Daily Cup of Mrs. Olson said...

Thanks for sharing at Sweet Saturday! Have a great weekend!

Thanks so much, Samantha! It is so true, when we contemplate what He did and gave for us, how can we not be overcome with emotion.
God bless you,
Laurie

Amen, Jann! He was born to die, that all who trust Him as Lord and Savior may live! Thanks for your comment & for hosting, & God bless!
Laurie

Thanks, Jessica, you too!
Blessings,
Laurie

Happy weekend Laurie!! Thanks for sharing with my NO RULES Weekend Blog Party :))

Hello! Found you VIA the Aloha Bog Hop...i'm excited to keep reading your blog...new follower :)

Thanks Paula, for your comment & for hosting!
God bless,
Laurie

Welcome, Joan! Thanks so much for your comment & for following, & God bless!
Laurie

Laurie, I especially liked the idea of a cross being placed behind the baby Jesus. What a great idea!! Thanks for linking up your post over at WholeHearted Home this past week. You posts are always so good and filled with God's Word.

Thanks, Judith, for your sweet comment and for hosting! I am blessed by your encouraging words.
Love in Him,
Laurie

Our God is so amazing! It never ceases to amaze me how tightly woven and infinitely meaningful His plan! Thank you for such a thoughtful post. (And for linking up with NOBH!) Smiles -

Amen, Amy! And what we see only scratches the surface -- we won't understand it fully until we reach Glory. Thanks for your lovely comment and for hosting, and may you & yours have a blessed Christmas!
Laurie