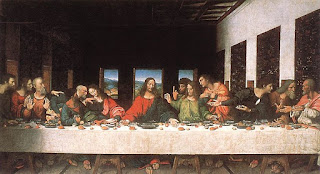 In my opinion, all sins can be boiled down to pride and/or unbelief. The first four Commandments deal with our relationship to God (Exodus 20:1-11); when we break any of these, it is because we fail to believe that God is Who He says He is. He is the only true God, the Creator, Sustainer, Redeemer (1 Peter 4:19; Isaiah 54:5,8), with attributes of infinite love, mercy and grace (1 John 4:8; Hebrews 4:16), as well as omnipotence (Revelation 19:6), omniscience, and omnipresence (Psalm 139:6-8). Knowing and believing this, why would we put any god before Him, worship an idol, take His name in vain, or not honor Him with our worship at designated times and always?

The fifth Commandment is transitional, dealing with our relationship to our earthly parents as the first model we have for our submission to God’s authority (Exodus 20:12). The remaining five commandments deal with our relationship to others (Exodus 20:13-17). If we are guilty of pride, we consider our own worth and our own needs to be greater than those of others. Pride could therefore lead us to commit murder, theft, lying, adultery, or coveting, in thought even if not in deed.

Faith, the opposite of unbelief, keeps us from breaking the first four Commandments. Without faith, it is impossible to please God (Hebrews 11:5-6). Jesus said the first, or most important Commandment, was to love the Lord your God with all your mind, heart, soul, mind and strength (Mark 12:29-30). Self-sacrificing, agape love, along with a servant’s heart, keeps us from the sin of pride and from breaking the remaining Commandments. Jesus summarized these by saying, “Love thy neighbor as thyself.” (Mark 12:31).

Our pastor gave an excellent message on what he considered to be the worst sin, namely the sin of prayerlessness. This, too, could be considered a sin of pride and of unbelief. We may fail to pray because we pridefully trust in our own flesh to solve our problems, mistakenly thinking we don’t need God’s help, even though without Him, we can do nothing (John 15:5). Or, unbelief may keep us from prayer, if we don’t believe that God loves us infinitely, wants to bless us, can do anything in His will, and works all things together for our good (Romans 8:28).

Pride was the sin that caused Lucifer, God’s chosen, wisest, and most beautiful angel of light, to fall from Heaven and become Satan. He imagined that he was superior to God and should be exalted over Him, not realizing that God had created him and endowed with all his gifts and talents (Isaiah 14:12-15). How sad when anyone, driven by pride, uses what God has given them not to glorify God, but to rebel against Him, leading to their own destruction (Proverbs 16:18; 1 Timothy 3:6). Yet Lucifer, even after he became Satan, was not guilty of unbelief, and even all the angels that rebelled along with him and fell to earth as demons still believed in God’s power and trembled at it (Matthew 8:28-29; James 2:19).

Unbelief as well as pride led to the fall, as Eve began to doubt God’s Word when Satan tempted her with the lust of the eyes, the lust of the flesh, and the pride of life (1 John 2:16). So, pride also played a role, as Eve imagined that eating the forbidden fruit would make her as wise as God (Genesis 3:4-6). The sin of unbelief by those in Jesus’ home town resulted in their missing out on His miracles (Matthew 13:57-58)

The only sin that cannot be forgiven is the ongoing, persistent denial that Jesus is Lord, Son of God and God Himself, Who died, was buried and rose from the dead as the perfect sacrifice for our sins (1 Corinthians 15). John even referred to those who denied Christ as antichrists (1 John 4:3). Pride and unbelief are what keep people from being saved. When people trust in their own good works and religious practices to get them to heaven, their pride prevents them from realizing they are sinners in need of a Savior. When people foolishly misplace their belief in the false god of evolution (Psalm 14:1), or in the leader of any religion who lies dead and buried, their unbelief in the living, risen God keeps them from salvation.

A good example of both sins can be found in Luke 22, at the Last Supper on the eve of Jesus’ crucifixion. Judas betrayed Jesus when Satan entered into him (v. 3-6; v. 47-48), which would not have been possible if he believed that Jesus was the promised Messiah and the Son of God. Pride was paramount in the disciples’ dispute over who among them was the greatest (v. 24), which is particularly shocking as it immediately followed Jesus’ symbolic portrayal of giving His body and shedding His blood for them (v. 15-20). Jesus then reminded them to follow His example of having a servant’s heart (v. 26-27).

Immediately after Jesus warns Peter that Satan wants to destroy him and all the disciples, and that Jesus is praying for Peter to have unfailing faith (v. 31-32), Peter succumbs to the sin of pride, boasting that he will follow Jesus even unto death (v. 33). But Jesus accurately prophesied that Peter would deny Him three times before the rooster’s morning cry.

At the Garden of Gethsemane, the disciples fall into the sin of prayerlessness, which, as we have seen above, may result from pride as well as unbelief. Jesus asked them to pray not to fall into temptation (v. 40), yet they fell asleep (v. 45-46) when He most coveted their prayers. Rather than asking them to pray for Him, for the agonizing ordeal He was about to endure, Jesus selflessly was concerned about them falling into temptation. The temptation to lose faith and fall prey to unbelief would be great as they were about to see their Messiah unjustly accused, sentenced, whipped, beaten, scourged and crucified.

May the remembrance of our risen Lord, Who allowed His body to be broken and His blood to be shed to pay for our sins in full and to grant eternal life to all who trust Him (John 3:16), keep us from the temptation of giving in to pride and unbelief.

Posted by Laurie Collett at 7:28 AM

God bless you dear one.

Thanks, Denise! God bless you too!

I fully agree with you here. Pride is one of "The seven deadly sins" and only the washing of the blood of Jesus Christ crucified can cleanse us from it.
I actually wonder whether pride is also a cover-up over the feelings of inferiority or inadequacy, or the driving force for ambition, as was the case of Lucifer.
A very well written and enlightening post.
God bless.

Thanks, Frank, for your thoughtful comments and encouragement. Interesting point about the relationship between pride and inadequacy. Pride could be an overcompensation for the fearful realization of our own weakness apart from Him, particularly for those who have not placed their trust in Him.
May you have a blessed week in Him,
Laurie

Pride and unbelief, yes. A sense that obedience is the most important aspect of our walk, can so often be slipped underneath when "emergencies" hit and we have to "knee-jerk" forward. That would be my spiritual risk.

Our world puts a great deal of emphasis on pride but Proverbs 13:10 warns, "Only by pride cometh contention:..." As James 3:16 tells us, "For where envying and strife is, there is confusion and every evil work."

Prayerlesness is usually a combination of pride as you described, and a lack of faith that God can or will act.

Dear caryjo,
Thanks for your thoughtful comment. When in desperate situations, our "knee-jerk" response is to rely on our own flesh, instead of on the Creator Who is our only salvation.
Blessings,
Laurie

Thanks, dfish, for your comment & Scripture citations. What do we have to boast in, except for our Risen Lord?
God bless,
Laurie

Thank you for sharing your "Testimony: at “Tell Me A True Story” Blog Party At http://letmetelluastory.blogspot.com/

It always amazes me how God's Word does not return void, but the Holy Spirit kept after you until you fell in His arms.

Stopping by from Thought Provoking Thursday. Very nice post...lots of food for thought.

Thanks, A Joyful Noise! We need to keep spreading His Word, because we won't know until we reach glory what effect it had! Even if we can't see the results, God knows and will reward us!
Love in Him,
Laurie

Hi Beth,
Thanks so much for visiting and commenting!
Happy Resurrection Sunday!
Laurie

I agree with you, Laurie. Pride and unbelief -- everything falling into one of those 2 categories. Pride is a daily struggle for me and unbelief seems to sneak up on me when I least expect it. Such a good post.

Thanks, Jen, I appreciate the comment! I struggle daily with pride too, and I think my faith is strong, only to find myself worrying or anxious over something even though it is in His omnipotent hands.
God bless,
Laurie

Very well said. Thank you for these reminders. Everyone needs to be reminded of these pitfalls from time to time and you did it very well.
Blessings,
Charlotte

And does it seem to you that pride is the easiest sin to let sneak into our heart? Maybe it like you said, "all sins can be boiled down to pride and unbelief." Thank you for the challenge to be careful in this area.

Pride and unbelief sometimes so subtle as it sneaks in. We definitely have to be on guard against these two.

I forgot to mention - thanks for linking up with Faith Talking Tuesday this week. :)

Dear Charlotte,
Thanks so much for your kind words and encouragement, and God bless!
Laurie

Dear Pamela,
How true -- pride seems to be the very essence of our sin nature. God called the Israelites a "stiff-necked people" because of their pride, and we are no better.
Blessings,
Laurie

Hi Audra Marie,
Well said -- pride can be so subtle that we're proud about being humble! :-)
And thanks for hosting Faith Talking Tuesday!
Laurie

In our Recollection today, our speaker spoke of Pride, Unbelief and Cowardice! Thanks for reinforcing the message! Patsy from
HeARTworks

You're very welcome, Patsy! Thanks so much for your comment, and have a blessed Easter!
Laurie

Laurie - I agree with you. Giving thanks for the sacrifice made by our Savior.

Amen, Joan! We have so much to thank Him for!
Blessed Easter to you & yours,
Laurie

Thanks, A Skeptic's Journey! Wishing you a blessed Easter,
Laurie