As renowned actor and drama coach Constantin Stanislavski said, “Remember: there are no small parts; only small actors.”

This saying hit home for my husband Richard and me last week as we were blessed to perform in the Spectacular Senior Follies “Bravo Broadway,” an amazing production of more than 100 talented, veteran singers, dancers and actors. The five shows at the beautiful theatre entertained more than 4,000 people, and the “meet-and-greet” after each performance suggested that the audience was truly blessed, uplifted and inspired by what they had seen and heard.

As gifted and outstanding as the many soloists were, each performer in the ensembles could have also merited a solo performance based on their own talents. The excellence and artistry of the completed product depended not only on the brilliance of these performers, and on the superb artistic, musical, and choreographic direction of the renowned creative team, but on the coordinated efforts and faithfulness of every single person involved in every aspect of the production. And let’s not forget the prolific composers and lyric writers who created Tony award-winning musicals in the first place!

So much attention to detail was required! What if the sound team didn’t activate the right mics at the right time so every word and note would be clearly heard? What if the dressers didn’t help the Showgirls with their elaborate costumes and voluminous headdresses so they could be ready on time for their next number?

What if the stage manager and crew didn’t elevate the hanging mics out of reach of the high lifts Richard and I were doing, and I became entangled in a mic cord? What if there were no lobby staff to open the theatre, sell tickets and escort people to their seats? What if just one member of either of the two amazing bands played a wrong note, or got out of sync with the band leader?

Sometimes these details escape notice until something goes awry. During a rehearsal, one of the set pieces was misplaced just a little, changing where the lead singer had to stand by just a foot or two, and as a result, her spotlight no longer illuminated her to perfection when she first began singing. In another rehearsal, one of the cast inadvertently slightly changed the position of a streetlight on wheels, which was standing backstage in preparation for the next set. When the curtain came down, it caught the streetlight and crushed it!

But thankfully, the shows ran like well-oiled machines, everyone seamlessly functioning together to create a whole that was far, far greater than the parts. What a blessing to know that prayer warriors were also involved behind the scenes, praying for those who were ill or injured to recover completely for the shows; for all to perform to their highest potential to God’s glory; and for all who came to be blessed. Richard and I were privileged to pray for these needs as well, and even for the weather, as the forecasted storms on show days would likely reduce the walk-in crowds. Despite the predicted gloomy forecast, we had sunny skies and great audiences!

The success of the Follies depended not only on the faithful, consistent efforts of those performing or directing, but on so many more! From the financial patrons; to those who designed the costumes and sets, wrote the script, cast the players, donated bottled water and food; and even the bus drivers who transported the audience, all played a significant role. Without them, the show would not go on! We are so thankful to all those who united to make this happen!

God was so faithful in answering all these prayers, proving yet again that His grace is sufficient, His strength is made perfect in our weakness (2 Corinthians 12:9), and that with Him, all things are possible! (Matthew 19:26). The whole experience reminded me of how the church, or called-out assembly of born-again believers (John 3:3-8), is meant to function. God made each of us to be unique, to play a special role in His church that He foreordained since before the world began (Ephesians 2:10), and there are no small parts!

Jesus Christ loved the church so much that He gave Himself for it (Ephesians 5:25), dying on the cross to pay for all our sins, and rising again on the third day so that all who trust Him would have eternal life (1 Corinthians 15:1-4; John 3:16). Through the cleansing of His Word, He purifies the church from every wrinkle and blemish, nourishing and cherishing it (Ephesians 5:25-29), and His desire is that we would love one another in the same way (John 13:34-35; 15:12).

The church is the body of Christ (Romans 12:5). As we think of the human body, we might be tempted to place more importance on the eyes or ears, for example, than on what we perceive as less significant – perhaps our little toe (1 Corinthians 12:14-24). But if we break our little toe, our eyes shut tightly in pain, and we may even wish that our ears would not work sufficiently to capture the sound of our crying out in agony!

Most of our body parts we cannot even see with the naked eye, like red blood cells, but if these were absent, our eyes and ears would be deprived of oxygen and we would cease to see and hear (Psalm 139:14). In this year’s show, the orchestra members occupied the pit and were invisible to the audience. But that made them no less crucial to the singers and dancers, for the bands were the heartbeat and clarion call of the entire show (1 Corinthians 14:7-8).

So it is with the church – each member has a special calling, but none can fulfill it in isolation (1 Corinthians 12:4-14). The pastor, song leader, teacher or soloist might be more visible than the janitor, electrician, or faithful tither (Malachi 3:10), but without these, the local church would have to shut its doors. By bearing one another’s burdens (Galatians 6:2), sharing one another’s joys (Luke 15:4-9), and working together in love, we can let God use us to accomplish His perfect plan (1 Corinthians 12:25-28; Jeremiah 29:11).

May we not grow weary in well-doing, for the church will reap the rewards of our faithfulness (Galatians 6:9) if we keep on serving God! May we encourage and appreciate one another as each carries out the specific mission God intended. May we work together in one accord (Acts 1:14; 2:1,46, etc.), with unity of mind and spirit, dedicated to His glory! 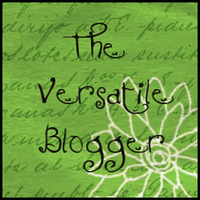 Posted by Laurie Collett at 6:58 AM

Dear Laurie,
You are very much right about each member of the church having equal importance within the Body of Christ. Unfortunately, especially in the Western world, a lot of emphasis seems to be credited to the better-educated, middle class members. And that is particularly bad here in the UK.
The pain caused by the stubbing of the toe is a good analogy. It has happened to me, and such pain has caused my eyes to water. But furthermore, the fingers of both my hands had immediately rushed to the site of the injury with the purpose of soothing the pain. When one part of the body suffers, the whole body suffers with it.
This is a wonderful analogy on how each member of a local church should look out for each other in love.
An excellent post.
BTW, I missed your post from last week. I hope all is well with you.
As for next week (1st October) we will be away in Paris, God willing, to celebrate our wedding anniversary. I hope to be back here in two weeks time.
God bless.

Amen, amen and amen to what you have written here Laurie. I love the way we each play our part in the Lord's body on earth, and how one plants, one waters, and God adds the increase. Who would not want to be part of the greatest 'club' on earth. Lovely post Laurie,
God bless

Dear Frank,
As James wrote, God is no respecter of persons, and we should not treat the well-dressed, wealthy church member any differently from the beggar, for God loves all, and so should we.
How exciting that you will be celebrating your anniversary in Paris, Lord willing! It is such a beautiful and romantic city. Have a wonderful time and God bless,
Laurie

Thank you so much, Brenda, for your lovely words of encouragement. Praise God that He opens the doors to "whosoever" will enter.
God bless you and your ministry,
Laurie